How two security guards saved over 30 residents from HCMC apartment blaze, but 1 pass away

If it had not been for these two young men, many more would have died, a survivor of the deadly tower blaze recalled. 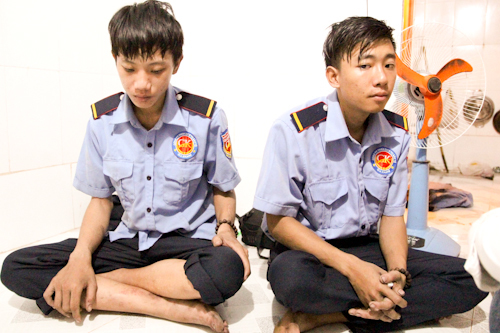 The two security guards that saved dozens of residents from fire that engulfed apartment building Carina Plaza in Ho Chi Minh City’s District 8 in the early hours of March 23. Photo by VnExpress/D.T

“He helped each of us climb out of the burning building, including me, my son and around 30-40 others. By the time we landed safely, the fire truck arrived but we were still panicking. Since then I haven’t seen or heard from him,” survivor Nguyen Thi Thanh Lam, told VnExpress.

The savior that Lam referred to has been identified as An.

Along with another security guard named Sang, An struggled in the smoke, darkness and fire for more than half an hour to save dozens of residents from the fire at Carina Plaza in District 8.

“We ran into the basement with fire extinguishers where motorbikes were on fire and exploding. All my life I have never seen such a terrible fire but at that time, I don’t know why, I was not scared at all,” An told VnExpress.

Lam, 30, said she is one of the first lucky residents to get out of the fire.

“We live on the first floor. My husband had just left for Japan for work. I did not sleep with the air conditioner on so I could smell the smoke right after it got into our apartment,” she said from her hospital bed in District 5 while her son is being treated for burns at a children’s hospital.

The fire alarm did not go off, power was out and darkness covered the entire building.

Lam took her son to the staircase and made it to the ground floor when she heard a blast from the basement and saw even stronger fire and more smoke.

She heard a woman’s voice coming from below but it was too risky to go further down given the strong heat and thick smoke so she and her son had to turn back immediately.

Dozens of people followed her screaming.

“My son cried, saying ‘Mommy I can’t breathe, I’m so scared, we’re gonna die’. I tried to stay calm to reassure him but actually I was in complete panic, my throat was hurting and my chest felt so tight,” Lam said, adding that it was the most frightening moment of her life. 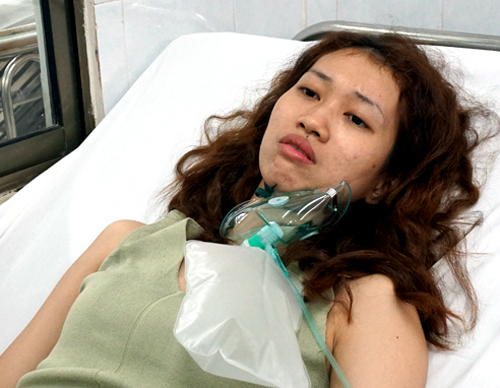 Nguyen Thi Thanh Lam, a survivor of the fire that killed 13 at apartment building Carina Plaza in Ho Chi Minh City’s District 8 in the early hours of March 23, at a hospital in District 5.

Other people were just as horrified as she was. They went up and down and ran along the hallway looking in vain for safe passage.

Then, An appeared and yelled: “Come here, come here. We’ll make a rope so you can get out.”

Lam and others followed him.

An climbed into a balcony on the first floor before jumping through a window into an unoccupied apartment.

Then he broke the main door of the apartment and let Lam and others in.

“Smoke had not reached this apartment at that time and we could breathe normally. It felt as if we were back from the dead.”

After everyone got in, An and Sang threw all the mattresses in the apartment out to the ground through a window.

Many young men who live nearby came to help. They stacked the mattresses on top of each other so that the victims could jump down safely while those stuck inside the apartment tied bed sheets and curtains together to make a rope.

Soon, residents living on higher floors found out about the exit point and ran down to the apartment where the guards helped them climb down to safety, said Lam.

The fire started at Carina Plaza in HCMC’s District 8 at around 1:15 a.m. on Friday, just seven hours after residents held a meeting with the building’s managers about fire risks, saying that guards in the parking lots had often smoked, and that the elevator panels were overheating.

Police said at least 13 people were killed and 28 others injured. Among the victims were two boys aged three and five. A woman also died after slipping from the 19th floor, and two others from the 12th floor.

An initial investigation has found problems regarding fire safety in the building.

Many survivors said they were alerted by the heavy smoke, not the fire alarms that should have gone off.

The automatic sprinklers in the building also failed to deploy, and the emergency lighting did not turn on, leaving residents stranded in the smoke.

The fire started from a motorbike in a basement parking lot where there were more than a thousand motorbikes and dozens of cars. Two charred bodies were found in the lot.

The fire is one of the deadliest in the city’s history, only surpassed by a blaze that killed 60 people at the six-story International Trade Center in October 2002. 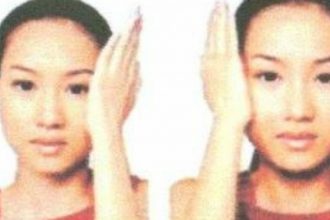